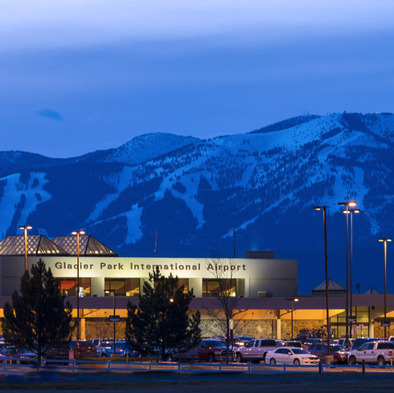 Strong air service is crucial to any regional economic hub. With that in mind, a nonprofit named the Glacier Airline Enhancement and Retention Outreach (AERO) formed in 2012 with the goal of boosting airline travel opportunities at Glacier Park International Airport through fundraising and negotiations with airlines in major markets across the country.

Since its inception, Glacier AERO has raised hundreds of thousands of dollars to guarantee the Chicago flight. The nonprofit provided a Letter of Credit “guaranteeing” up to$235,000 to United Airlines to secure the Chicago deal.  This was possible because of a $100,000  assurance from Flathead County Economic Development Authority. Ultimately Glacier AERO only compensated United $16,600 of the total guarantee as flights were near capacity throughout the season.

The group’s next major deal will bring direct flights to the Bay Area in 2016, while other large travel markets are also under discussion.

The economic impact of Glacier AERO’s achievements thus far are estimated to be $800,000 annually. The Authority serves multiple functions for Glacier AERO, providing access to funding sources and  acting as both a central collaborator and initiator for economic growth in the Valley.
Visit Glacier hops ranch website 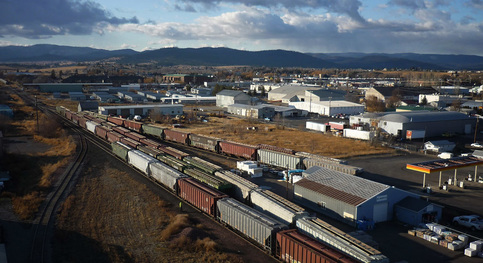 City officials and business leaders long ago identified the need to remove Kalispell’s seldom-used railroad tracks slicing through the city core, along with the vast economic potential that such a move would hold. But after years of discussion, a viable plan didn’t fully take shape until the city of Kalispell and Flathead County Economic Development Authority spearheaded an effort that laid out a clear vision for extensive core redevelopment, accompanied by an industrial park that offers it own vast economic possibilities.

That effort culminated with the October 2015 announcement that the Core & Rail Redevelopment had been awarded a highly competitive $10 million federal TIGER grant, setting the stage for the industrial park’s groundbreaking in 2016.

The Core & Rail Redevelopment is a vital cornerstone of Kalispell’s future because it addresses a wide array of the city’s most pressing issues. First, by creating a rail-served industrial park, it will improve manufacturing and other job-heavy industrial sectors. Second, it will transform the city core and build a linear park where the railroad tracks once were, beautifying a blighted strip, attracting investment and revitalizing downtown’s commercial center.

Moreover, it provides a framework for housing that is accessible to incomes of all levels, meaning it not only creates the jobs and economic incentive to attract a young, educated workforce, but also the residential infrastructure to support those workers. This strategic investment will be felt for generations.
Visit Kalispell Core & Rail Redevelopment Website

When it was built in the 1970s, the Gateway West Mall was the Flathead Valley’s commercial centerpiece. However, as other commercial hubs developed the Gateway became obsolete and retail tenants departed.

Rather than allow it to be abandoned, city leaders and the Flathead County Economic Development Authority purchased 60,000 square feet of the building in 2000, paving the way for Stream International. At its peak, the call center had 900 employees and employed 2,600 total. The governor’s office named it Montana’s 2002 Company of the Year.

Stream’s impact on the economy was significant, not just in direct employment but in contributing to a more highly trained and educated workforce, laying the groundwork for new programs at Flathead Valley Community College, improving the college’s relationship with the local business community, and injecting millions of dollars into the economy.
After Stream left in 2003, those impacts continued being felt throughout the valley. Today the space is occupied by TeleTech another customer service center.  TeleTech is one of the largest employers in the county providing training and benefits to over 400 employees. The Authority’s forward thinking turned a building likely to languish unoccupied into the home of two of the valley’s largest employers in the last 15 years. It has also helped create a hub of nonprofits operating in the other half of the Gateway facility. Without the Authority’s strategic investment in the valley’s future, there might not be anything there but a vacant building.
Visit Teletech Website 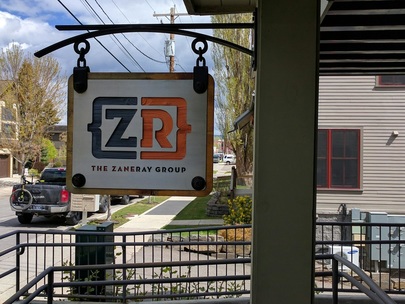 ﻿Four web developers started ZaneRay Group in Kalispell in 1999. Since then, the full-service web development company has moved to Whitefish and significantly expanded, establishing a global reputation in e-commerce with major international clients such as Patagonia, watch and fashion accessory giant Nixon, Land’s End and more.

Under the guidance of CEO Reed Gregerson, ZaneRay has managed to build its worldwide reach entirely from the Flathead Valley, employing all of its 20-plus employees there. Those jobs, which include positions in programming and software engineering, have proven consistently high-paying and attractive to young, educated employees who are active members of the community. Outside magazine perennially names ZaneRay one of the 100 “Best Places to Work” in the country, often near the top of the list.
​
The growth of this important tech company was greatly accelerated by the Flathead County Economic Development Authority, which secured $67,350 in 2012 from the Montana Department of Commerce Big Sky Economic Development Trust Fund. FCEDA saw an opportunity to responsibly invest in a company that had clear strategic value for both the local job market and the greater community at large.

The FCEDA dollars spurred job hires and vital equipment purchases. Among the new employees is CFO Mick Quinlivan, the former vice president and controller of RightNow Technologies, the highly successful Bozeman-based software company that was purchased by Oracle in 2011. And there are no signs that ZaneRay’s growth will be slowing down anytime soon.
Visit Zane Ray Website 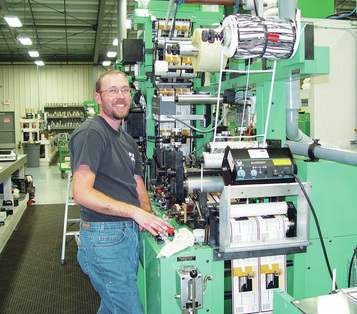 When Total Label USA, a label-production company with clients worldwide, was looking to relocate from Tennessee to the Flathead Valley, its managers faced a daunting obstacle: they needed a paved road to accommodate their sensitive printing operations, but there wasn’t one leading to their selected site location and the county could not commit to completing the necessary paving in time to meet the company's opening date.

So in stepped the Flathead County Economic Development Authority.

The Authority offered a financial guarantee to Total Label that a paved road would be completed in time, if the county couldn’t do it. With that guarantee in hand, Total Label USA, in 2004, proceeded to open a 16,000-square-foot facility off of U.S. Highway 93 between Whitefish and Eureka.

Buoyed by the financial assistance from FCEDA, Total Label continued expanding its global client base to well over 500 clients, leading to the expansion of its Whitefish facility to 60,000 square feet in 2008. The plant is the operation headquarters for every facet of label production, from the conceptual and graphic design stages through printing and manufacturing.

Total Label remains family-owned and operated under the direction of the Farris family, and today it has more than 50 employees. FCEDA is proud to have enabled Total Label’s move to the Flathead by taking initiation during an uncertain time and collaborating to ensure that uncertainty turned into a sure thing for the Valley.
Visit Total Label Website